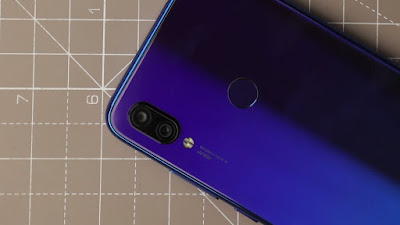 What is google's camera?

a you hear a lot about Google Pixel Devices, Google gives the Pre-Installed Stock Camera App which has Great Quality Images on Pixel Devices. And the amazing part is that they have only One Camera at the Back, Google Camera works like DSLR and captures Photos which are better than flagships phones like Apple iPhone 11.
This happens just because of all the High-Quality Images depends on the Optimization technology of Google Camera which has a Great Optimization based on AI like DSLR. We can use it in other Android mobile devices also. But there is only one condition that if you want to use google camera on your android device, your device must support the Camera 2 API function like Poco F1 Note 7/s/pro Has. Don't worry note 7 Pro has already had pre-enabled camera 2 Api supported thanks to Xiaomi.

The Redmi Note 7 Pro has featured a rear dual camera setup of 48MP and 5MP with Exmor-RS CMOS Sensor lenses with an LED flash. It is capable to click HD pictures and record videos. At the front, it features a 13MP aperture, which works well in some good quality selfies. Night mode is a little depressing.

Working quite good Redmi Note 7 Pro, But still, it’s in beta Mode. So because of that some Problems with the current Version. which will be Fix in the Next Patch described below.

How to Install Google Cam on Redmi Note 7 Pro