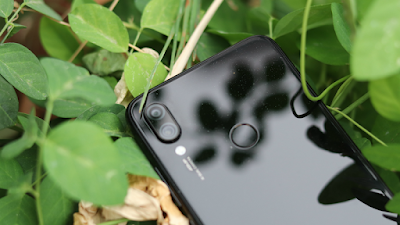 What is google's camera?

After the launch of Google Pixel Devices, Google releases the Pre-Installed Stock Camera App which gives Great Quality Images on Pixel Devices. And the best part is they have only One Camera at the Back, Google Camera works like Pro and captures Photos which are better than flagships phones like Apple iPhone X.

This is just because of all the High-Quality Images depends on the Optimization technology of Google Camera which has a Great AI Optimization like DSLR.  We can use it in other Android mobiles also. But there is only one limitation that if you want to use google camera on your android device, your device should support the Camera 2 API, like Poco F1 Note 7/s/pro Has. Don't worry not 7 has already camera 2 Api supported pre-installed.

The rear of Redmi Note 7 has a 12-megapixel camera It can capture usable daylight shots but the AI can make colors look unnatural. Low-light camera performance isn’t so much good and so is the video recording, but the selfie camera shoots have decent images quality.

Google Camera works fine in Redmi Note 7, But still, it’s in Development Mode. So that some Problems with the current Version occur which will be Fix in the Next Patch described below.

How to Install Google Cam on Redmi Note 7